Tremendous line up of sheep yet again at this year’s Royal Highland Show, great to see such enthusiasm and stockmanship from all ages. Below are the sheep champions of each section but lots more can be viewed in the Photo Sales section. 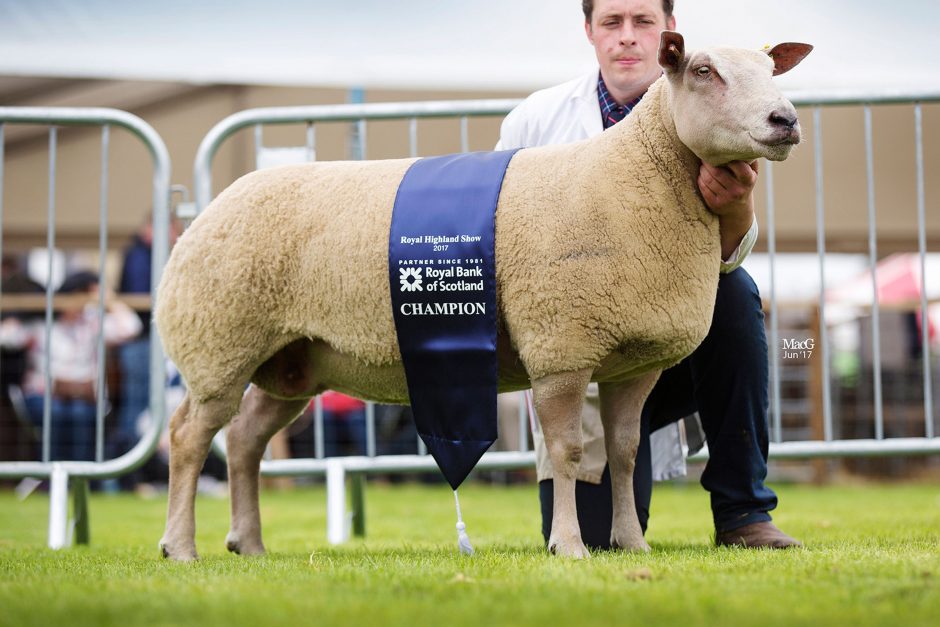 Interbreed sheep champion, a two-crop Charollais ewe from Willie and Carole Ingram, Logie Durno. She is by Riverdale Noble and out of a Southam ewe bought for 1800gns

Reserve interbreed sheep, a two-shear traditional Blue-Faced Leicester ram from RA McClymont and Son, Kirkstead. He is jointly owned with Philiphaugh Estates and bought at Kelso last year from John Dykes for £3200 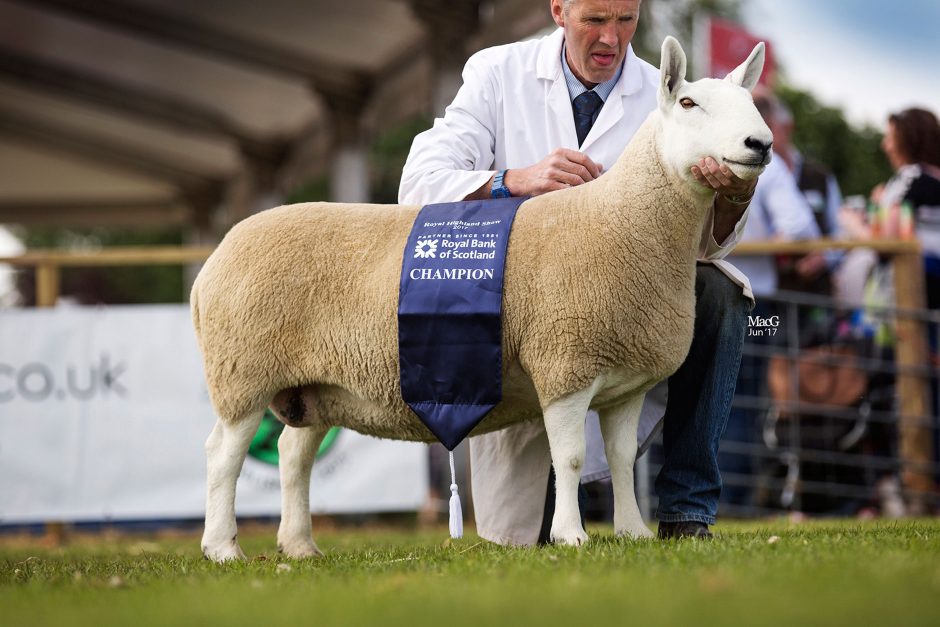 Third in the sheep interbreed was Roderick Runciman, Allanshaws, with a three-crop North Country Cheviot ewe by Allanshaws Panther 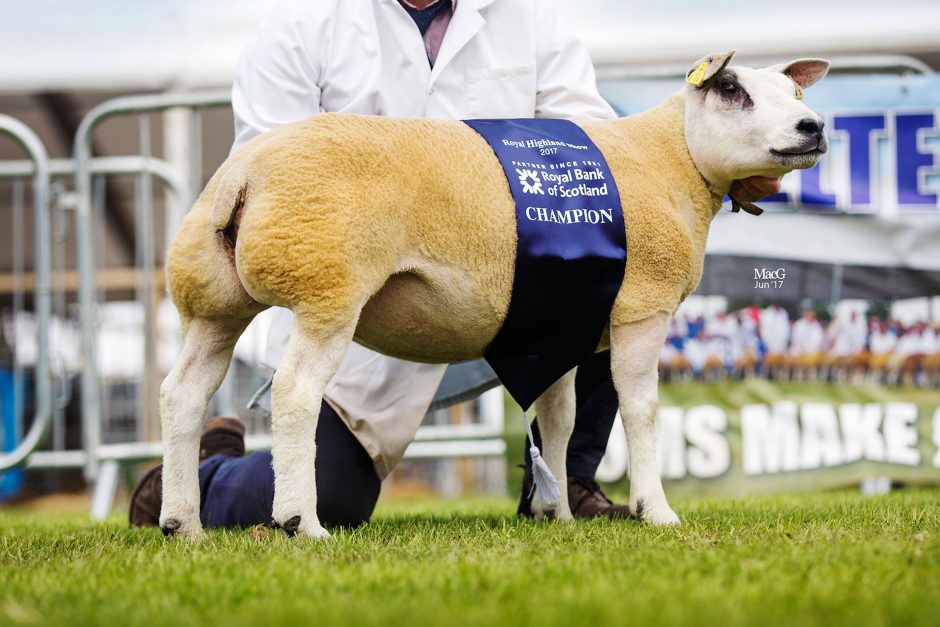 Richard Wood, Kingledores, took the Beltex championship with Kingledores Betty Boo, a gimmer by Clary Ablaze, out of Kingledores Starlight. She was champion at the National Show as a ewe lamb 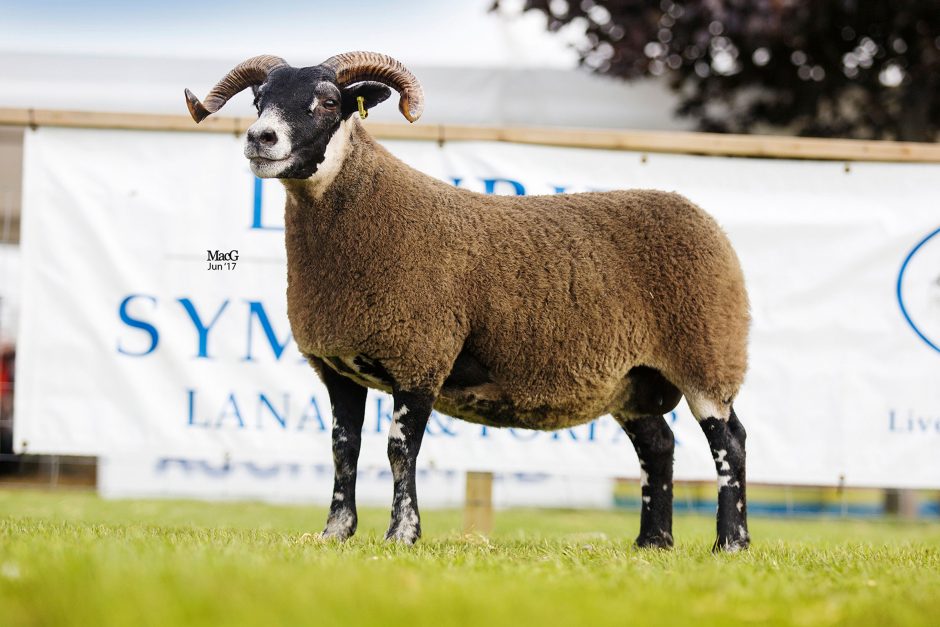 Malcolm Coubrough, Hartside, won the Blackface championship with a one-crop ewe by a £20,000 Midlock sire, out of a ewe by Auldhouseburn Bolt 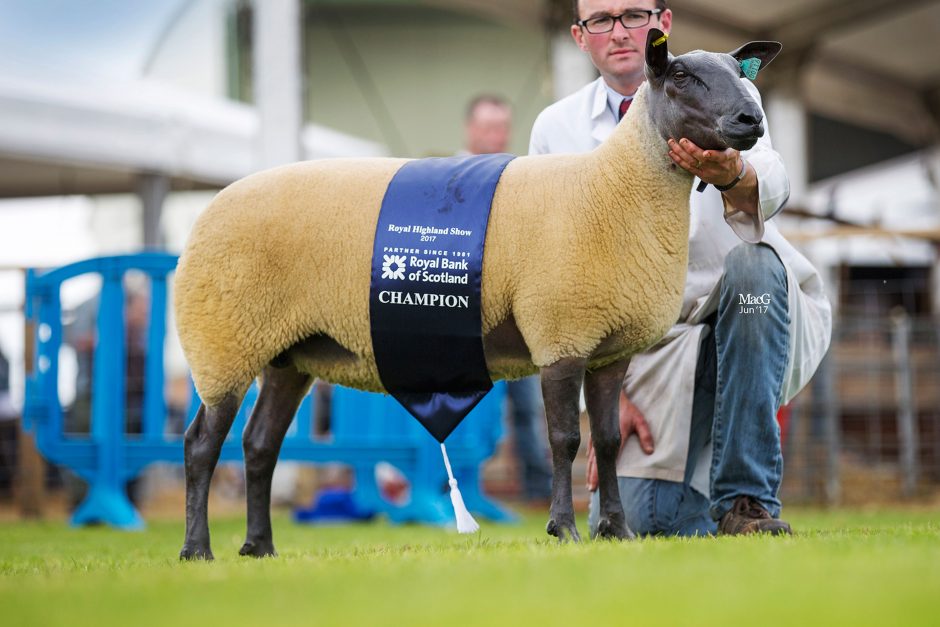 Crossing type Bluefaced Leicester champion from MR Thornborrow and Sons, Easter Dawyck. A two-crop ewe, sired by F10 Penhill, she is out of a Cottage-bred ewe by Z31 Old Hemley

Winning the inaugural Blue Texel championship at the Highland were Paul Tippetts and Christine Williams, Lodge Hill, Shifnal, with the breed record price ram, Joes Alvin, which was bought for 18,000gns at Carlisle last year 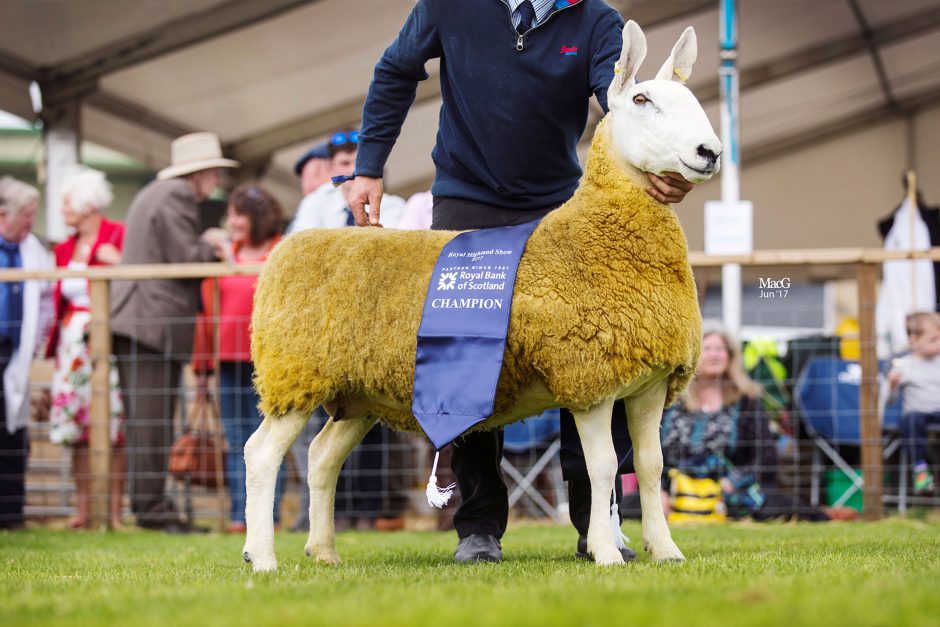 Border Leicesters were won by David, Ian and Jack Walker, Laigh Alticane, with a two-crop ewe by Atok Atomic, out of a ewe by Knockglass Cruiser 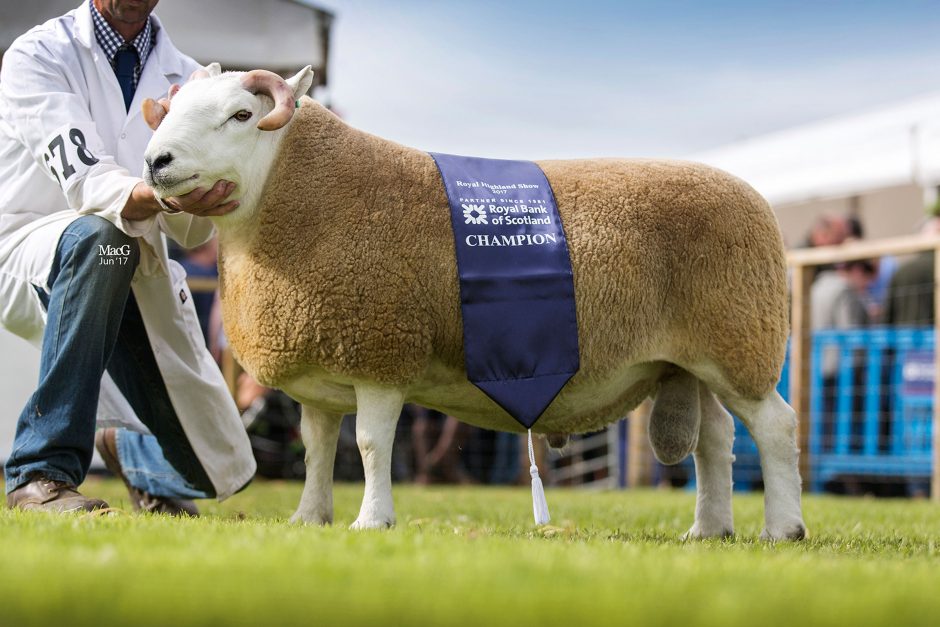 Cheviot champion Maneside Viscount, a four-shear ram from Billy Common, Crossdykes. Sired by Pothole Chance, he was bought at Lockerbie for £5200, two years ago 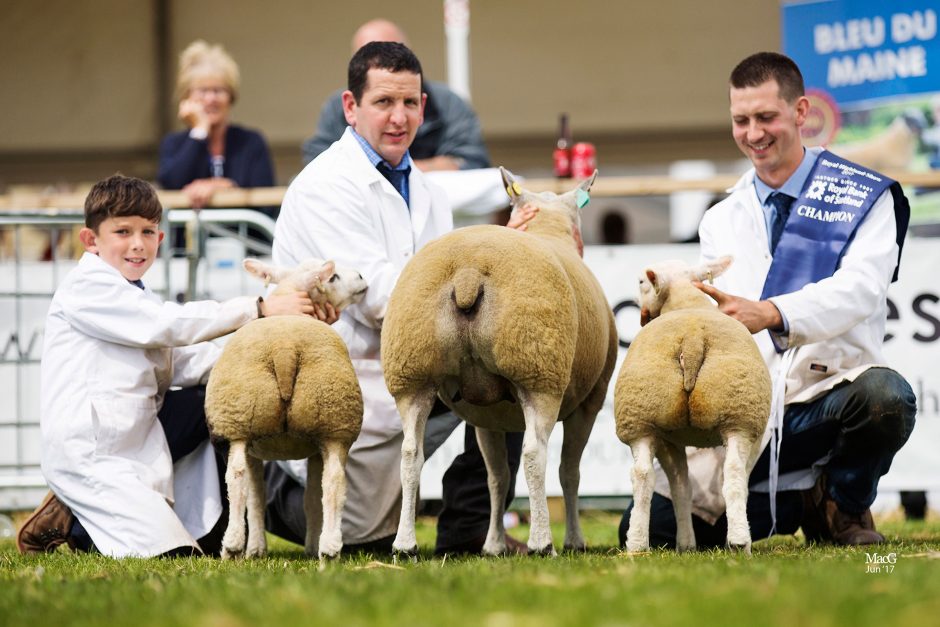 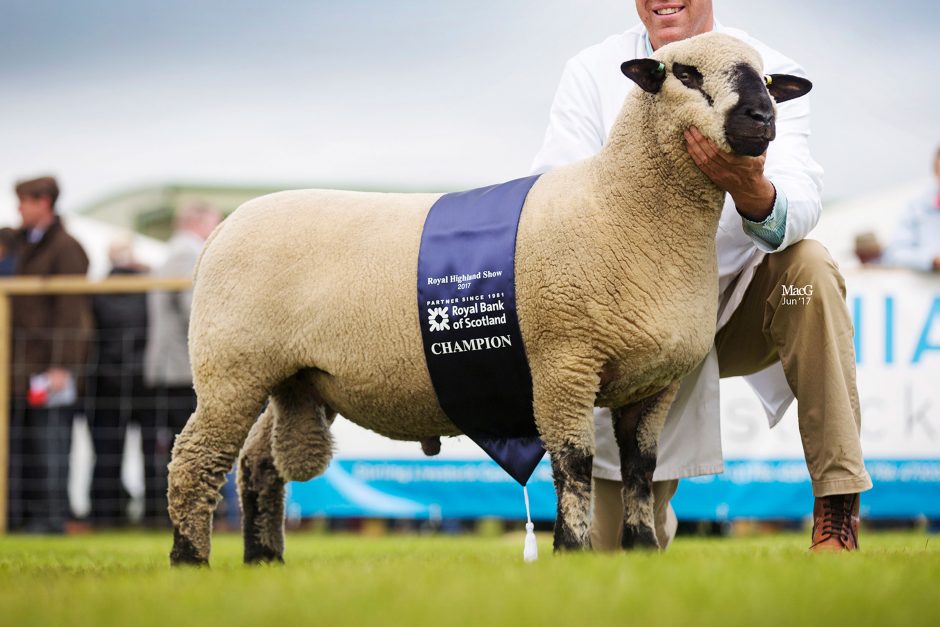 Hampshire Down champion from Richard Brand and Sons, East Fortune Farm, North Berwick. A home-bred shearling, sired by East Fortune Balfour and out a Wattisfield ewe 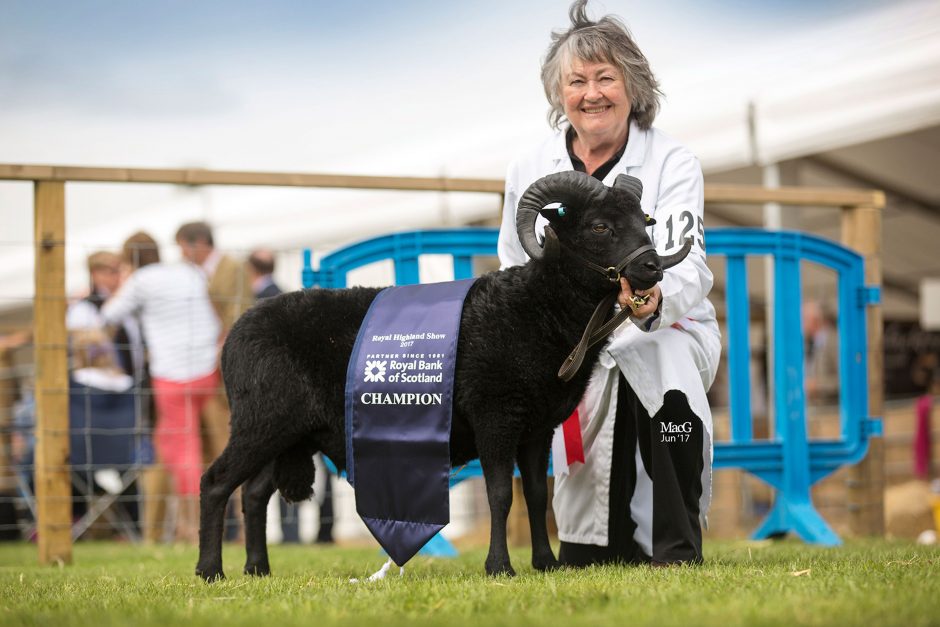 Hebridean champion from Mrs Victoria Mason was Sycamore Inverlochy, a shearling ram by Longmorn Charlie, out of Sycamore Gael 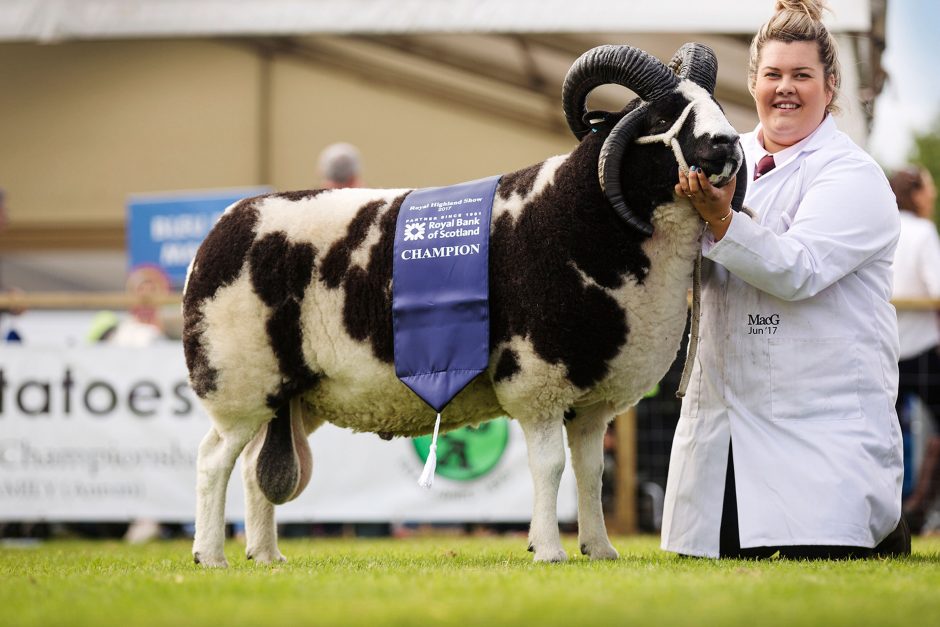 Gordon Connor and Scott Dalrymple took the Jacob championship with the three-shear ram, Dun-Mor Ace, he is by Edengale Harlum 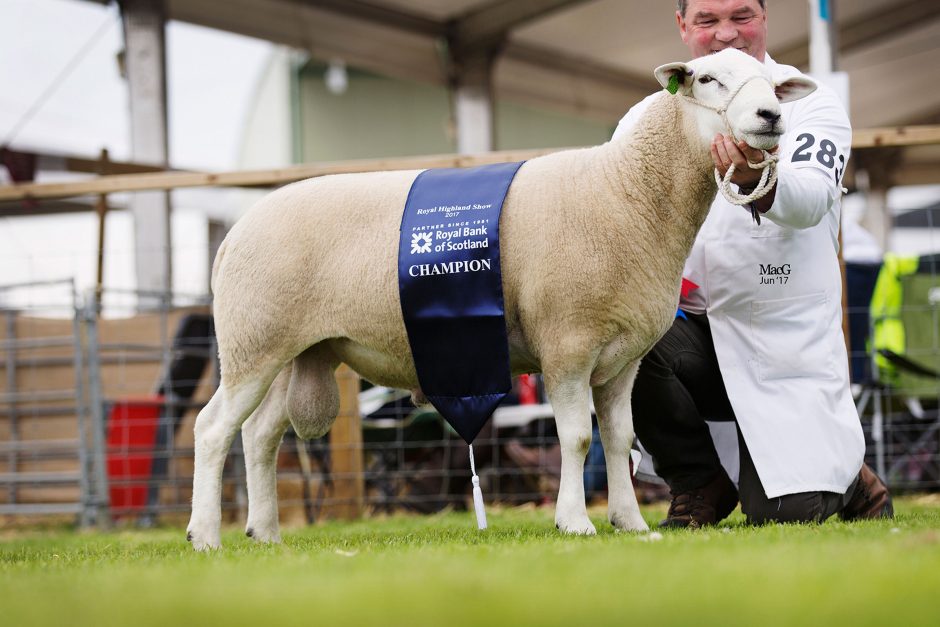 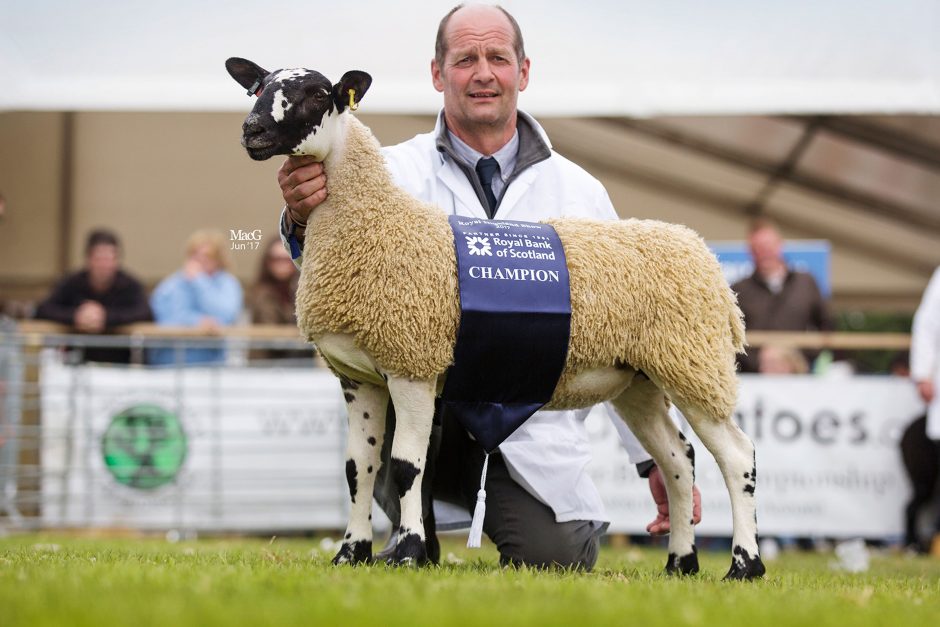 North of England Mule winners were Robin and Martyn Archer, Carry House, with a ewe lamb by the £14,000 Carry House Jackpot J2 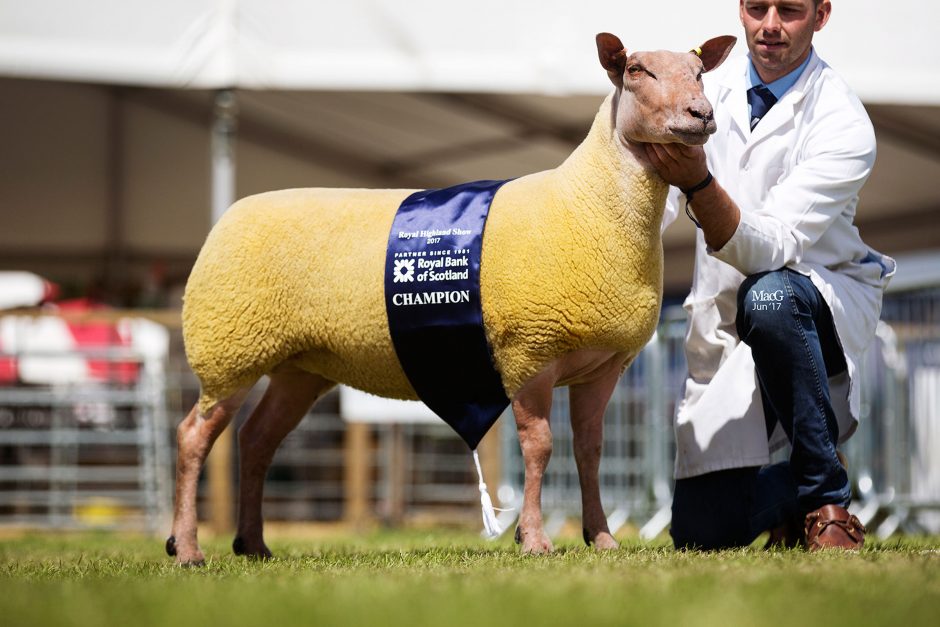 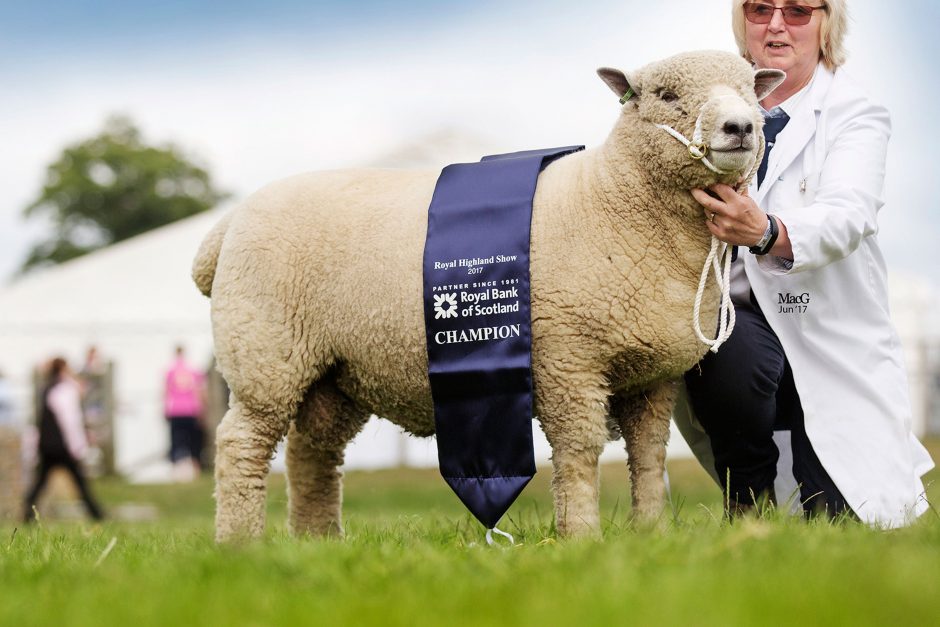 Susan Bryden’s Broomwell Wallander, the Ryeland champion, a shearling ram by Broomwell Uther Pendragon, out of a Hayton ewe 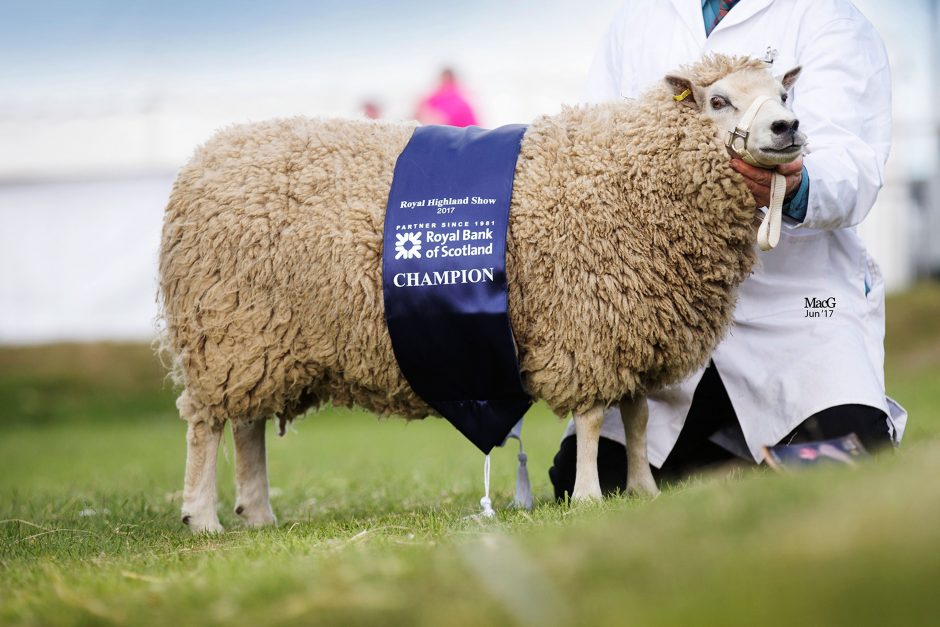 Shetland champion from Ian and Lesley Carnegie, was a three-crop St Baldreds-bred ewe, bought privately as a lamb. She is by St Baldreds Nevil and out of an Island ewe

James Innes’ Suffolk winner, a January-born ewe lamb by Strathbogie A Kind of Magic and out of a Deveronvale ewe 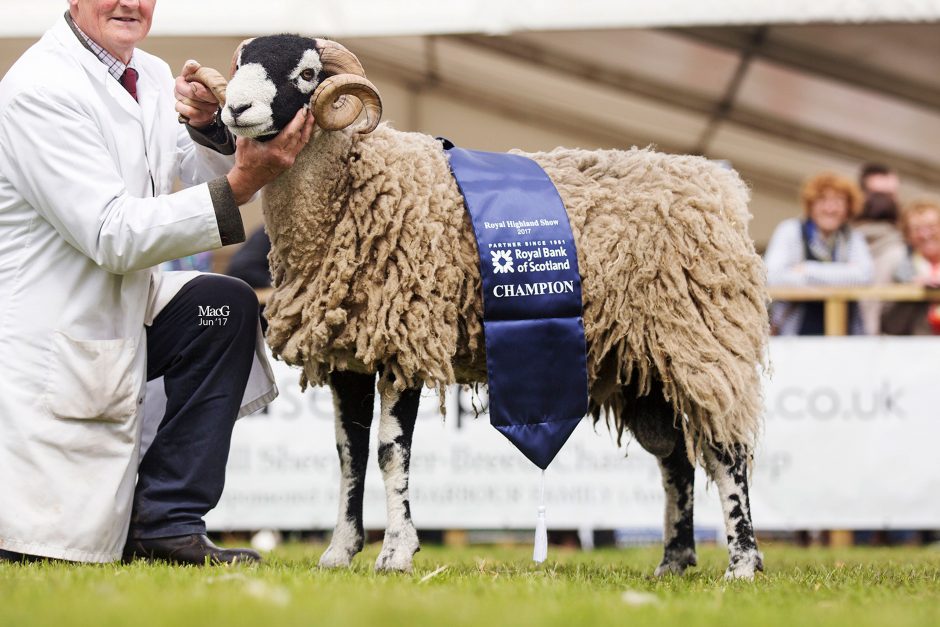 Swaledale champion from Stanley and Pat Brogden. A home-bred shearling ram, by Kisdon Jaegerbomb, out of a ewe by Buttrigg Limelight

Robbie Wilson won the Texel classes with a home-bred gimmer by the 16,000gns Glenside Willy Nilly, out of a ewe by the 60,000gns Teiglum Tornado 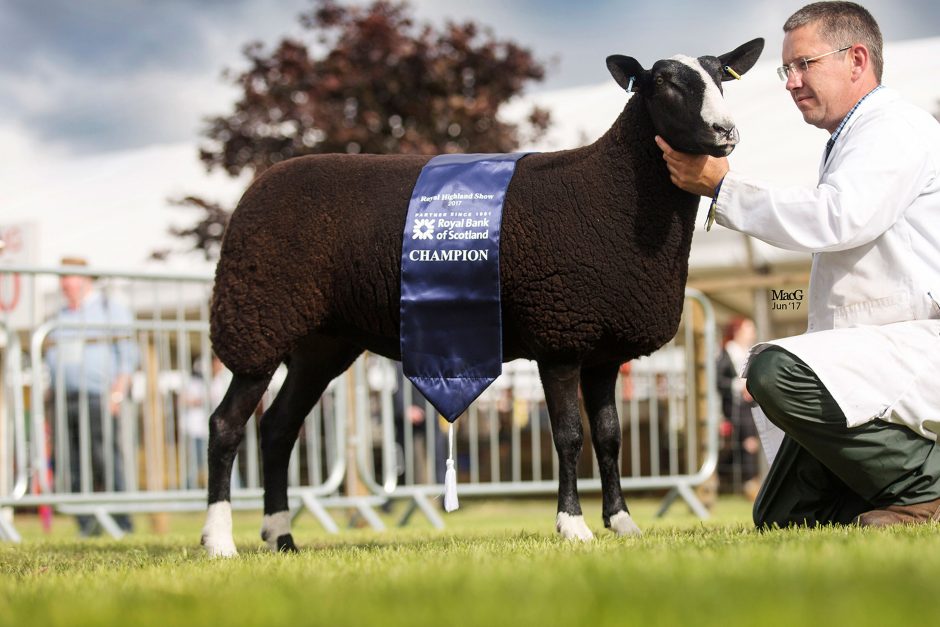 Ally Baird had champion Zwartbles with Greystone Destiny, a gimmer by Greystone Alan, out of a Tardoes ewe. She is a full sister to last year’s breed champion

Plenty more photographs can be viewed in the Photo Sales section.