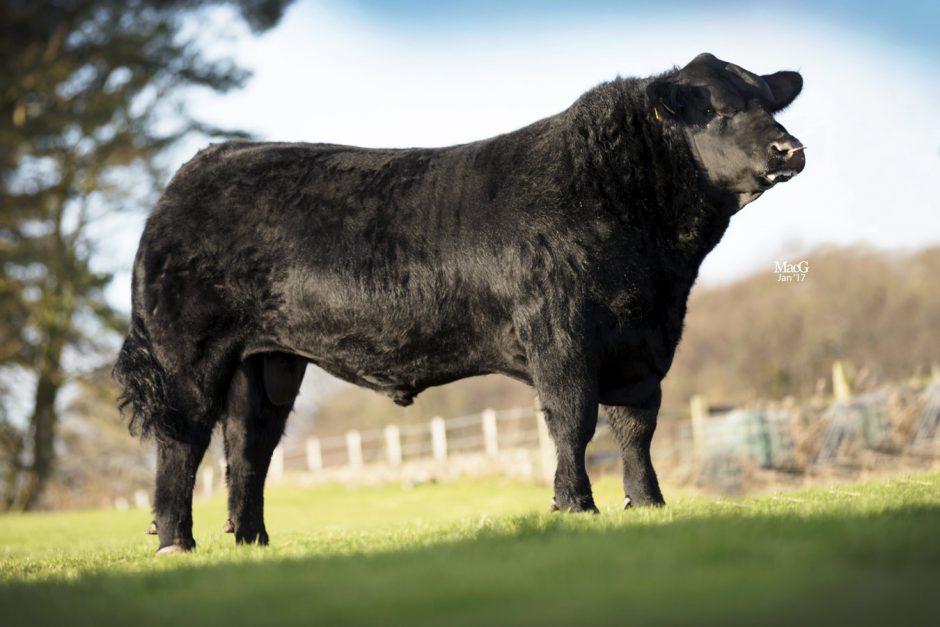 The 21-month-old Aberdeen-Angus bull, Idvies Pink Parson R696, bred by the Fraser family at Newton of Idvies, Forfar, has been sold in a five-figure private deal to German breeders, Messrs Marc and Holger Born, Hessen.

Sired by the 2015 Royal Highland inter-breed cattle champion and National Show champion, Shadwell Black Broughton K485 – which has bred sons to 22,000gns – it was the bull’s impressive pedigree that caught the eye of Mr Born, and prompted him to travel over to Scotland and see him in the flesh.

The bull’s dam, Idvies Pinky Promise L526, is a daughter of the 24,000gns Lockerley Legolas.

“We are very proud to buy two bulls from the renowned Idvies herd. Especially R696 – a wonderful representative of the breed. His father, Shadwell Black Broughton, fascinated me from the first moment I saw him on the farm. The bloodlines on his mother’s side, with Lockerley Legolas and Aynho Rossiter Eric, speak for themself.
“We think both bulls will be a good addition to our herd and we look forward to see their offspring,” said Mr Born.